Where are the women at Davos?

The World Economic Forum’s annual meeting focuses on equality and inclusion, but female delegates make up only 17% of the attendees. A recent study in Science concludes that seeing female leaders – top decision-makers such as board executives and others – increases career aspirations and educational attainment for young women. It inspires young women to […]
Read More >> 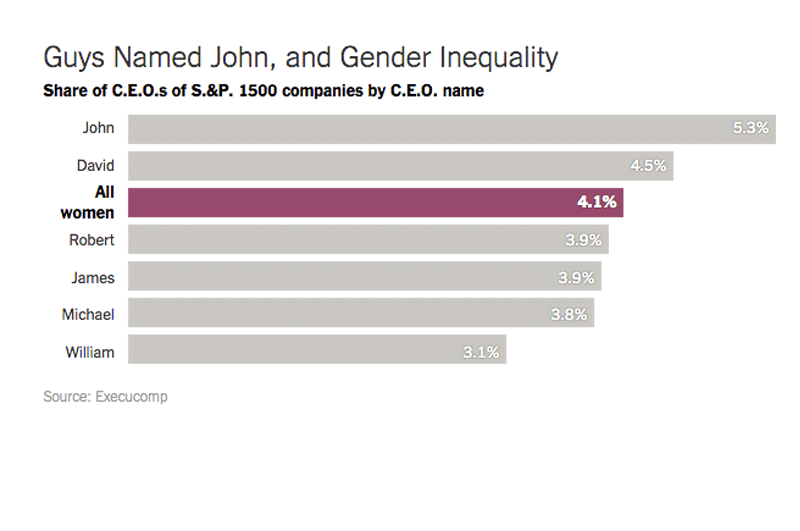 In many important decision-making areas of American life, women remain vastly outnumbered. Fewer large companies are run by women than by men named John, a sure indicator that the glass ceiling remains firmly in place in corporate America. Among chief executives of S.&P. 1500 firms, for each woman, there are four men named John, Robert, […]
Read More >>
TOP