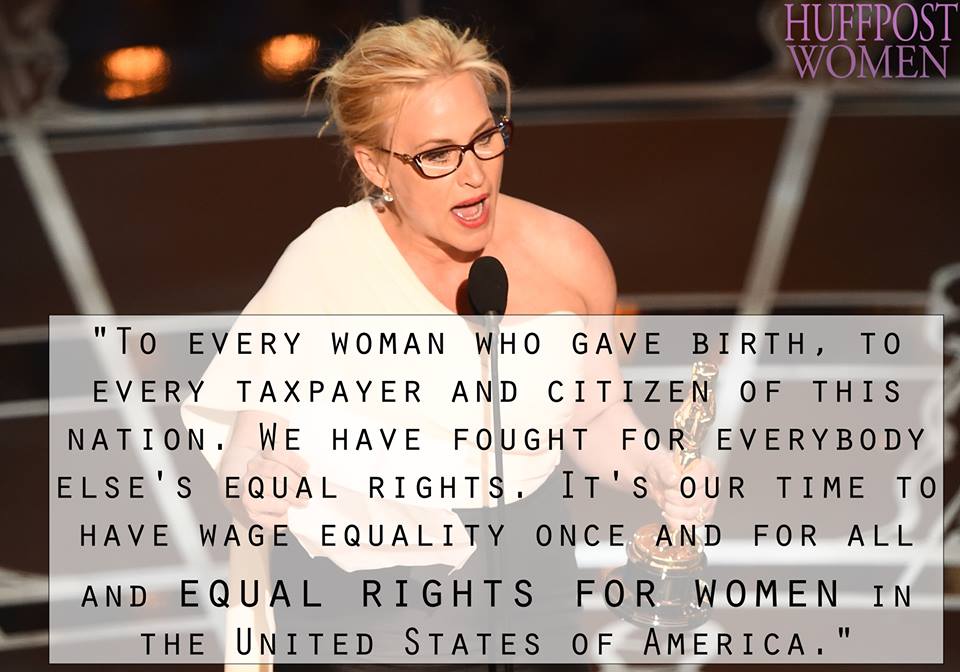 Reese Witherspoon Supports #AskHerMore Push Against Sexist Red Carpet Questions.
Reese Witherspoon supported #AskHerMore via Facebook and Instagram on Sunday. The hashtag, created by the Representation project, is intended send up more “creative” questions for women (i.e. asking something other than “Who are you wearing?”). 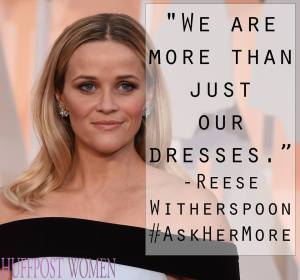 “There are so many amazing, talented nominees this year,” Witherspoon captioned the photo. “Let’s hear their stories!”

Even at the Oscars, where we celebrate the highest artistic achievements in film, reporters often focus more on a woman’s appearance than what she has accomplished. This Sunday night we’re encouraging the media to #AskHerMore!

According to the American Association of University Women, “In 2013, among full-time, year-round workers, women were paid 78% of what men were paid.”