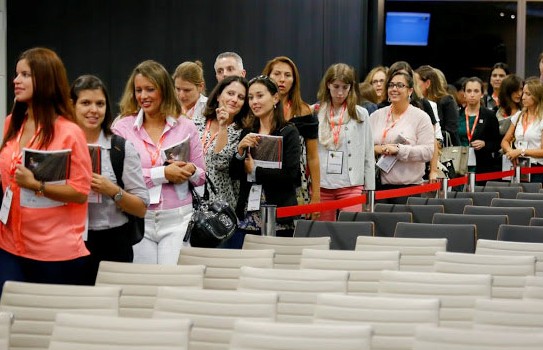 Latina women also repeatedly mentioned being criticized as “crazy” which the report said was rare for other women. “You have to be completely emotionless,” one biochemist said.

Within the report’s survey, Latina women did not report expectations of “traditionally feminine roles.” However, in the interview portion, they shared disproportionate experiences of being assigned housework or administrative work. One clinical scientist reported getting treated literally like an administrative assistant, being asked to set up meetings, or make sure everyone fills out paperwork.

Despite nagging bias, Latina women were also more explicit about gender judo, manipulating stereotypes to propel themselves ahead.

If you want to interrupt the bias, you actually have to redesign the business system.”

According to a recent report conducted by the University of California’s Hastings College of the Law, a whopping 100% of women of color interviewed in the study said they’ve experienced gender bias, compared to 93% of white women. Conducted by Professor Joan C. Williams, 557 women overall were surveyed (white women and women of color), and 60 women of color participated in more in-depth interviews.

Aside from common sexist issues, women of color were clearly subject to unwarranted stereotypes. For example:

Black and Latina women said they were regularly mistaken for janitors.

Latina women reported being labeled as “crazy” when they expressed emotion.